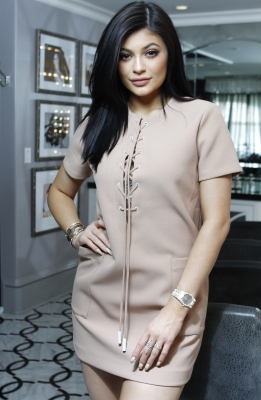 Kylie Jenner is working on her own reality show tentatively called ‘Life Of Kylie’, Gossip Cop has learned exclusively.

The new program, essentially considered a spinoff of ‘Keeping Up with the Kardashians,’ will naturally air on E! if it goes to series. As of now, the episode order is unclear, but shooting is set to start imminently. No timetable for a potential broadcast has been confirmed.

Gossip Cop hears the show will be “all about her life.” It will emphasize Jenner’s growing makeup business more than her personal endeavors, though that aspect is certainly a part of it. The teen’s closest gal pals will be appearing on camera, and despite breakup rumors, we hear Tyga is also expected to be part of the show. Last year, Jenner denied she was doing a joint reality show about their relationship, which this is not.

Jenner is currently appearing on season 13 of “KUWTK,” which airs on Sundays at 9 p.m. A rep for E! did not respond to a recent request for comment.