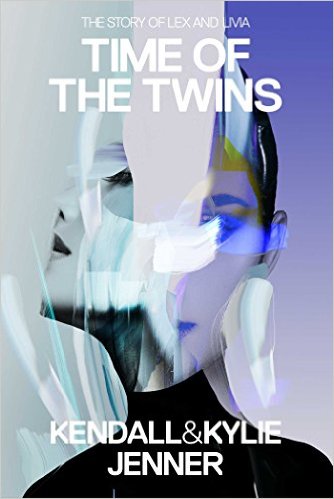 Lex and Livia are on the run.

In Time of the Twins, Lex, an impulsive military cadet, and Livia, a pampered Airess, have just found out they are twins, which is against the law in the great City of Indra. Now they are leaving behind the only world they have ever known: for Lex, it was the dark world of the Hub below the surface of Indra, where she survived the brutal Orphanage to become an elite member of Indra’s Population Control Forces, and for Livia, it was a life of luxury on the sky island of Helix, where she was brought up to be a Proper Indrithian Young Woman.

With help from the charming and handsome Kane, Lex’s best friend and Livia’s newfound love, and Zavier, a gruff rebel who would prefer to leave them all behind, they make the grueling trek through the dangerous underground tunnels toward the Outlands beyond the dome of Indra in search of the mother they thought was dead. When they finally reach the Outlanders’ colony, they discover their mother holds the key to unlocking their past, and they must confront an ancient prophecy, “The Time of the Twins.” The prophecy claims they are the long-awaited “twin saviors,” destined to save the City of Indra from the oppressive High Council who have long reigned over all of its people.

Will Lex and Livia agree to be a part of their mother’s dangerous plan and take on the daunting role of the “twin saviors”? Will they trust their mother and put themselves in jeopardy to save countless lives? It’s a responsibility they never asked for . . . but one that may prove impossible to ignore.

With unforgettable characters, an action-packed pace, and the sparks of new romance, the Jenner sisters have created a page-turning, heart-stopping adventure that will leave you wanting more. 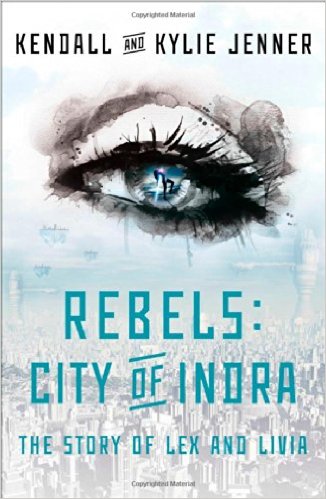 Kendall and Kylie Jenner, stars on the hit reality show Keeping Up with the Kardashians, present their debut novel—a thrilling dystopian story about two super-powered girls who embark on a journey together.

In a world of the far future, the great City of Indra has two faces: a beautiful paradise floating high in the sky, and a nightmare world of poverty carved beneath the surface of the Earth.

Lex grew up in an orphanage deep in the dark. But even as a child, she instinctively rebelled against her fate—the time when she would be judged either useful to Society or forced to live among the mutations in Rock Bottom, the lowest level. When she is chosen to become an elite cadet of the Population Control Forces, only her fellow cadet Kane truly understands her longing for freedom.

Unknown to her, one girl secretly shares her defiance. Livia Cosmo, the Orphan Airess, may live on a sky island surrounded by wealth and privilege, but she is just as restricted as Lex. Rigid discipline governs her every movement, as she learns the art of becoming a Proper Young Woman, the belle of the Emergence Ball, ready to be picked for “cohabitation” by the finest of the Proper Young Men. Her future is assured, until an intriguing encounter with a young man named Kane changes everything.

For that is when Lex’s and Livia’s destinies collide….

Approached by an old enemy to help save Kane from mortal danger, Lex sacrifices her Special Ops career to find him in the Islands among the clouds. Her search, high above in the beautiful spires of the City of Indra, brings her instead to the airgirl Livia. Lex and Livia should have nothing in common, and yet they share a kindred yearning for escape from the strict rules that bind them…and a mystifying identical mark. Brought together by danger, they set out to find Kane, but what they discover is even stranger than either dreams.