Kylie Jenner Becomes The Youngest Self-Made Billionaire Ever! In our gllery was added photoshoot from «Forbes» magazine, photographed by Jamel Toppin. Enjoy!

In mid-November, Kylie Jenner marked a milestone moment with a visit to a strip mall. For the past three years, her Kylie Cosmetics had only sold its makeup online and briefly in pop up shops. But after signing an exclusive distribution deal with Ulta, the beauty retailer, Kylie Cosmetics was rolling its $29 lip kits—a matte liquid lipstick and matching lip liner—into Ulta’s 1,000-plus stores. And Jenner showed up to the Richmond Avenue Ulta in Houston to greet customers, sign autographs on lip kits and, of course, pose for selfies with her fans.

Over the next six weeks, Kylie Cosmetics sold $54.5 million worth of products in Ulta, according to estimates from Oppenheimer. “I popped up at a few stores, I did my usual social media—I did what I usually do, and it just worked,” she says.
END_OF_DOCUMENT_TOKEN_TO_BE_REPLACED

Kylie Jenner knows we’ve all wondered out loud who her plastic surgeon is. She just doesn’t care. Once one of the more unassuming members of America’s most famous family, these days her arched eyebrows and permanently pouted lips — sculpted and painted according to the impossible ratios of beauty YouTube and augmented reality apps — transfix hundreds of millions of eager fans and are ubiquitous on every feed. The 21-year-old makeup mogul says her dramatic transformation (from private teenager to public businesswoman, from demure girl-next-door to bombshell) was a conscious one, and more considered than you might assume. She’s happy to talk about it.
END_OF_DOCUMENT_TOKEN_TO_BE_REPLACED

What were you doing when you were 21 years old? Looking for a job? Settling for an unpaid internship? Shopping for a foldout futon? Kylie Jenner hasn’t got time for all that. The wildly popular entrepreneur, reality-television star, and youngest member of the Jenner/Kardashian clan is busy presiding over a cosmetics empire worth roughly $800 million. Forbes magazine speculated that she is on track to become the youngest self-made billionaire in history. She also has more than 124 million followers on Instagram—a single 2018 post introducing her daughter, Stormi Webster, garnered more than 18 million likes. To borrow a hackneyed phrase, when Kylie talks, people listen.
END_OF_DOCUMENT_TOKEN_TO_BE_REPLACED 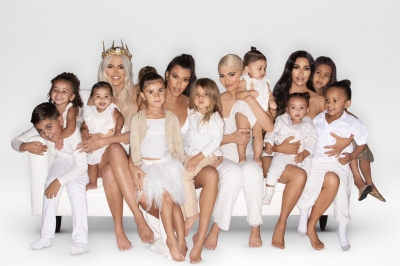